This time I got an opportunity to get an insight into Bollywood. I had a brief chat with Sheetal Sharma, the man behind the looks of SRK and Mahira Khan in the upcoming movie “Raees”. Talking to Sheetal was an amazing experience as I realized how important is the contribution of people behind the curtains and the efforts they put in to make a movie successful. We swoon over the looks of the film stars but hardly ever give a second thought to the people whose efforts make those characters life-like. 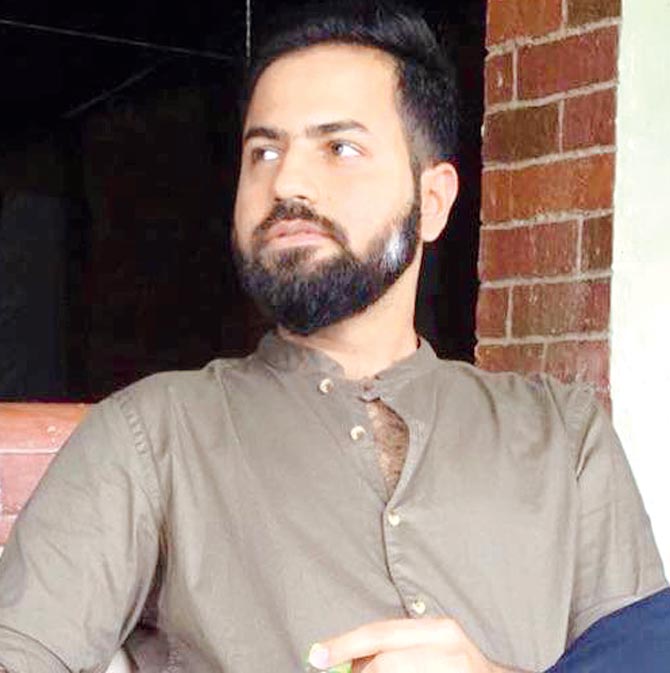 The interview with Sheetal Sharma was an eye-opener in many ways as there was so much I learnt about the research that goes behind making a movie successful. Sheetal is a very approachable person and I was super-excited about talking to him. 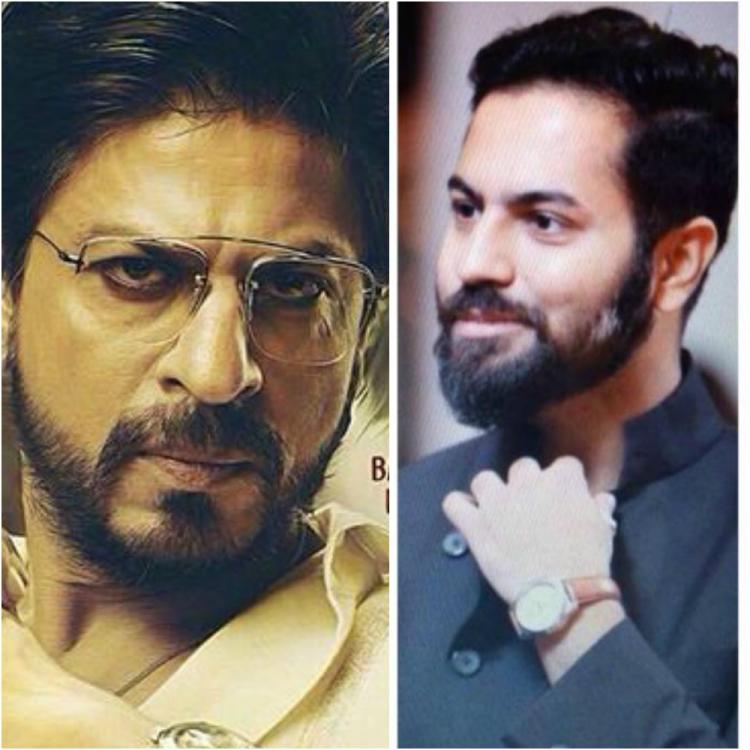 Sheetal, tell me about your career….how did you start as a costume designer?

SS: I started my career in 2010, with a film called “Miss Lovely”. It was a great start for me as the movie was appreciated all over and acclaimed at several international film festivals including Cannes. I also got a chance to design costumes for “Don 2”, “Bobby Jasoos” and “Katti Batti”. “Raees” is my latest project and probably one of my best till date.

Tell us something about working with Rahul Dholakia?

Working with Rahul Dholakia was a great experience. He is a wonderful director with an eye for detail. It was actually Rahul himself who offered me several references for the look he wanted for Shahrukh. Being a Gujarati, Rahul had a fair idea what exactly he was looking for, a blend of modernity and old school style from the eighties. And the best part was that he never let me know that I was designing for SRK so that the look would not be stereotyped, so he gave me synopsis so that I could create a small town guy look for the hero. 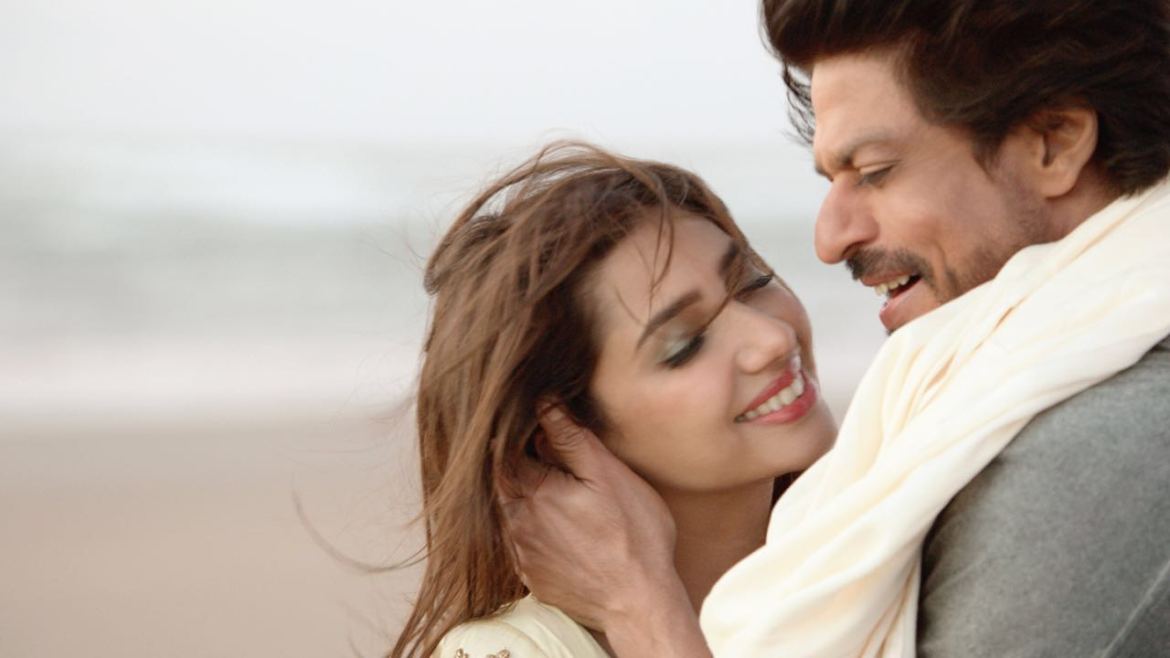 And what about Mahira Khan? How was it working with her?

Mahira is a natural, I got some samples done for her before we started and she loved them all. Her looks were supposed to be kept organic, as she portrays a charming village girl from the 70s ad 80s. Her outfits were mostly in malmal and other natural fabrics embellished with delicate embroideries, with matching bangles and a diamond nose pin. There are Ghararas and short kurtis, most of them casual and simple. We decided to keep the makeup simple and gentle too and Mahira loved her look in the movie. Her outfits for “Zaalima” are being appreciated and the black ghagra is my favorite. So how was the experience of designing Shahrukh’s “Raees” look? And I must say that you’ve created quite a stir with this one…..

Designing Shahrukh Khan for “Raees” was a pleasure because he is one such actor who is very open to experimenting with his looks. He even came up with some suggestions during the trials so that we could make the character as real as possible. He dons Pathani suits most of the time and looks cool in them. The surma or kohl gave him a menacing look and it is catching on with the youth. It was great that SRK was ready to try my suggestion with the eye makeup. His Sunglasses were custom designed, exclusively for him after creating a 3D model of his face so that they can fit him perfectly. 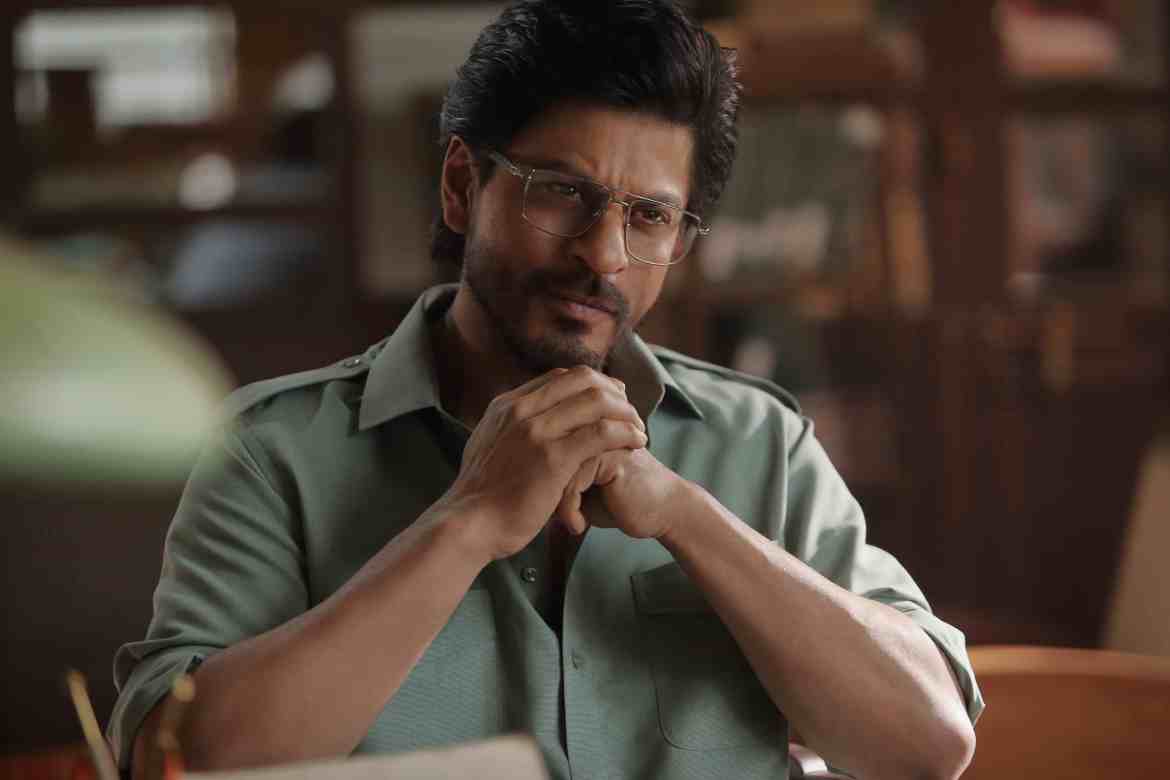 We see SRK in different looks in the movie promos. Tell us something about these looks.

Yes, SRK has three looks in the movie. His character sees transition from a young guy to that of a mature politician. He starts with casual looks, all basics like pant-shirts and jeans. And then comes, the Pathani suit look, which is well complemented by his surma clad eyes, glares and neat, masculine stubble.  SRK is quite a perfectionist and he works at ground level when it comes to getting into character. The styling sessions with him were very detailed.

What research did you put in while designing all these looks for the “Raees” actors?

As I told before, I conceptualized the looks from the 70s and 80s. Also, I asked some friends and their friends for their family albums to get a feel of those typical Gujarati characters of that era. For Shahrukh, I was inspired by a relative of a friend, someone I spotted in a wedding album. I shared the look with SRK and he was ready to try it out. And when I came up with all the ideas, Rahul was more than happy with them. 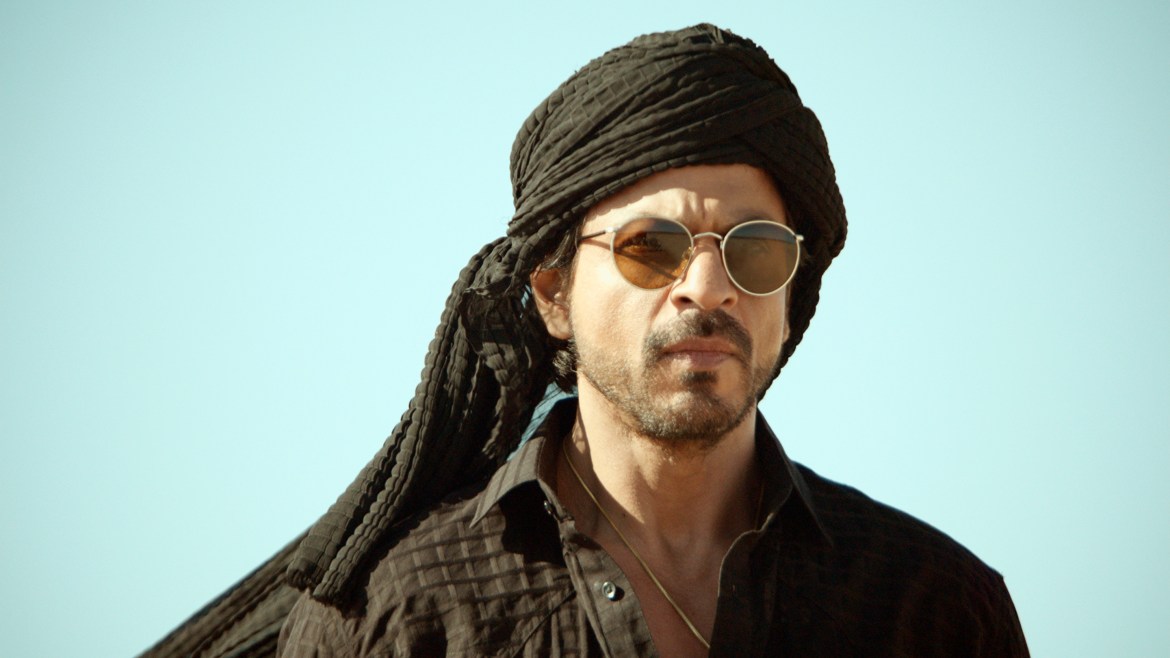 With a theme film like “Raees”, costumes play a vital role in capturing the spirit of the movie. Whether it was styling Shahrukh, Mahira or the 60+ cast members of the movie, the entire experience was amazing. We worked hard for almost 9-10 months on the costumes, without any holidays or weekends. But I would say that it was an enriching experience. And it feels good when people appreciate the work we do.

What about your future plans?

I have a few more projects lined up for the future and hope to continue with the good work.

I am sure your other projects will be equally interesting, Sheetal and I look forward to watch Shah Rukh and Mahira in action this weekend. With this, I ended my conversation with Sheetal Sharma and wished him luck for the release of “Raees”. I also told him that I loved Shahrukh’s and Mahira’s looks in the movie and hope that the audience would love it too.

The Best Cosmetic for your Skin: Yoga! 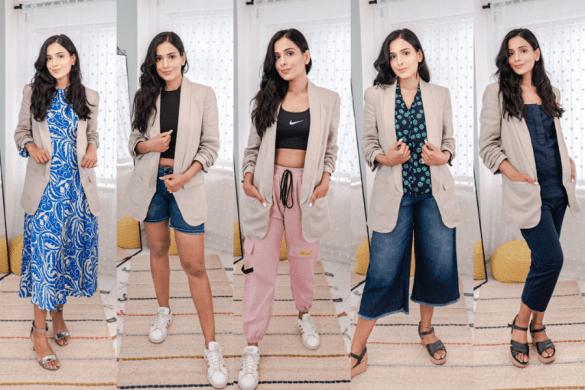 How to Style a Neutral Blazer 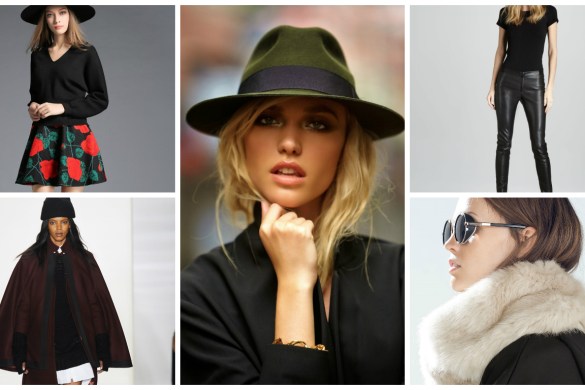 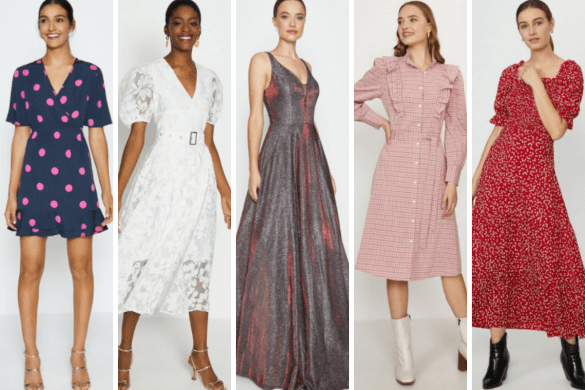 5 Dresses for every wardrobe 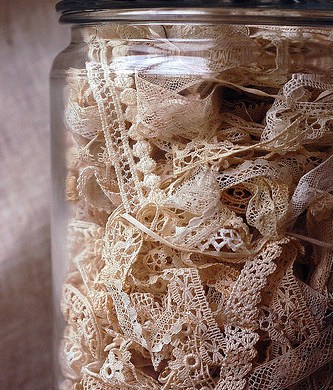 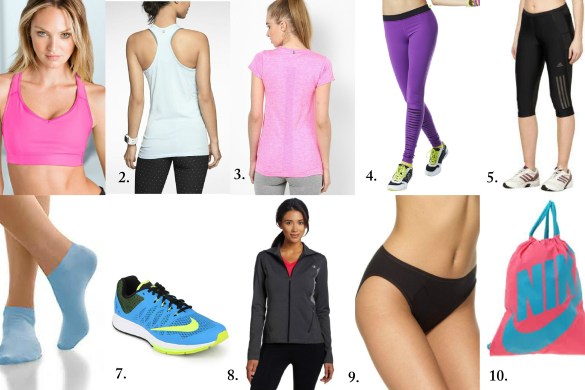 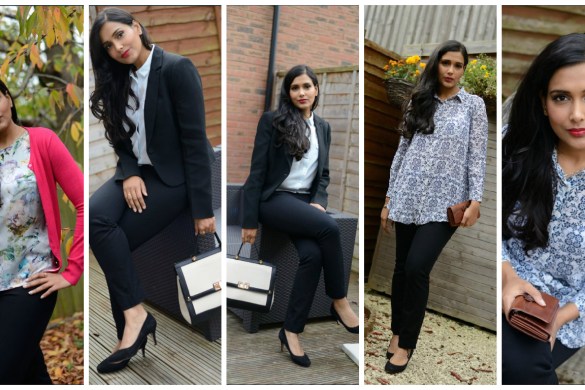 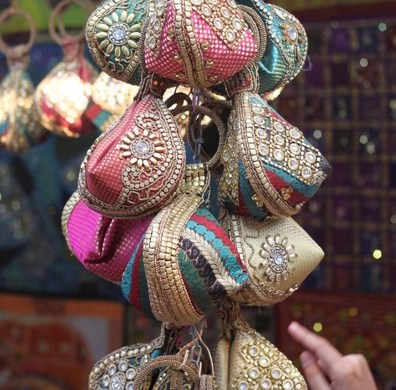 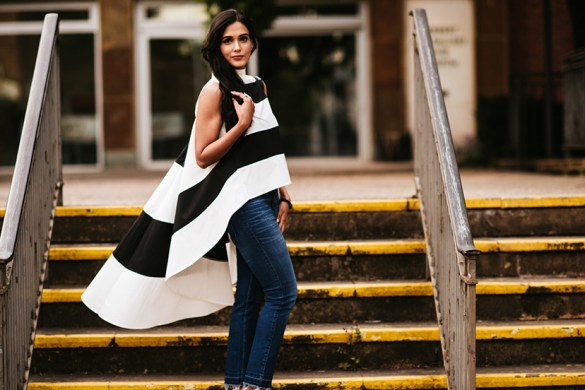 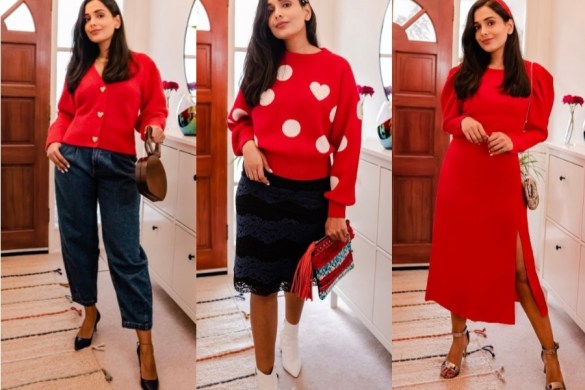 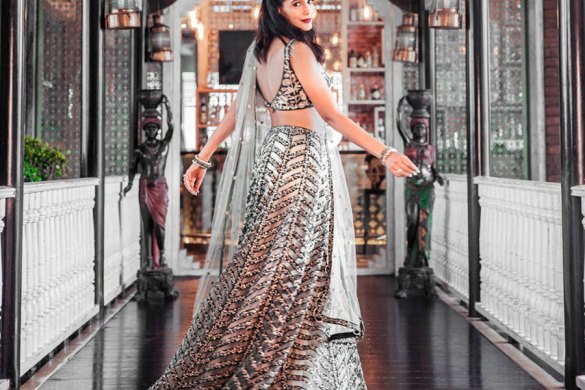